The Chrysler Voyager is a name mostly unfamiliar to U.S. customers. “Voyager,” “Grand Voyager,” and later the “Lancia Voyager” were all sold exclusively outside of the U.S. for most of their existence. The Voyager began as a rebadged version of the Dodge Caravan. Push the button on the bottom left of your key fob to release the internal key. Look at the hole that the key came from, on either side there is a slot. Insert your flathead screwdriver into one of these slots and twist until you hear a pop and the back of the device starts to come off.

Inside, next to the battery, there is an arrow pointing towards another small slot. Insert a precision screwdriver or similar tool into the slot and gently pry the battery out. Now, slide a new CR2032 battery into place, positive side up. The only thing left to do is to click the back of the device back into place.

This is the battery for this Chrysler Voyager “Silver Buttons” key fob: This is the battery for this Chrysler Voyager “Fixed Key” key fob: This is the battery for this Chrysler Voyager “Pear-Shaped” key fob: 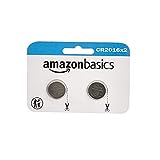